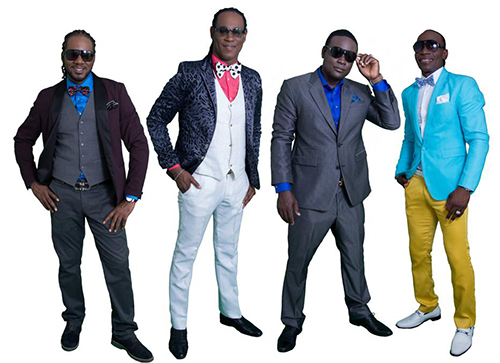 L.U.S.T. is getting ready to release the first single from their upcoming 25th-anniversary album.  The single which is titled ‘Ready to Party’ is a departure from the smooth reggae love songs that have made the four-man group a household name in reggae music.

“L.U.S.T. is known for singing lovers rock songs but all four of us began our careers singing in the dancehall. We’re very versatile singers, we can do any genre of music. Over the years we’ve given our fans a lot of lover’s rock music but now we’ve decided to spice things up a bit and give them a hot uptempo dancehall song for the holiday season,” said Lukie D.

He continued, “We’re not going to deviate from what we’re known for, but our fans can expect more dancehall songs from us going forward. We might even experiment with some other genres as well.”

‘Ready To Party’ was released on all leading digital platforms including Itunes, Amazon, and Spotify on the 22nd of December.

The internationally renowned reggae quartet which comprises four of Jamaica’s finest singers Lukie D, Thriller U, Singing Melody, and Tony Curtis is booked to perform at the Intimate concert which is scheduled to take place at Grizzly’s Plantation Cove in Priory, St Ann on New Year’s Day.

“We’re going to kick off our 25th anniversary tour on New Year’s Day with our performance at the intimate concert in St. Ann. Our fan is in for a treat because we’re going to give them a very exciting and interactive performance. After this show we’ll head to the US and the UK for a series of shows. We’ll be on the road a lot next year,” said Lukie D.

The group’s 25th-anniversary album aptly titled ‘Silver’ is slated to be released before the end of Spring next year.